Avoid Connector Throttling Using Multiple Connections in Azure Logic Apps
Since Azure Logic Apps is a cloud-based integration service, protections have been imposed to avoid ‘noisy neighbor’ scenarios where one customer can impact other customers by sending too much load to a particular connector/service.

If we try to push load to a connector using a single connection, we may encounter a scenario similar to the following where we receive a 429 error being returned from the connector.

A 429 error represents ‘too many requests’ and forces the client to wait before sending a subsequent request. This creates delays in processing and can impact business process performance. 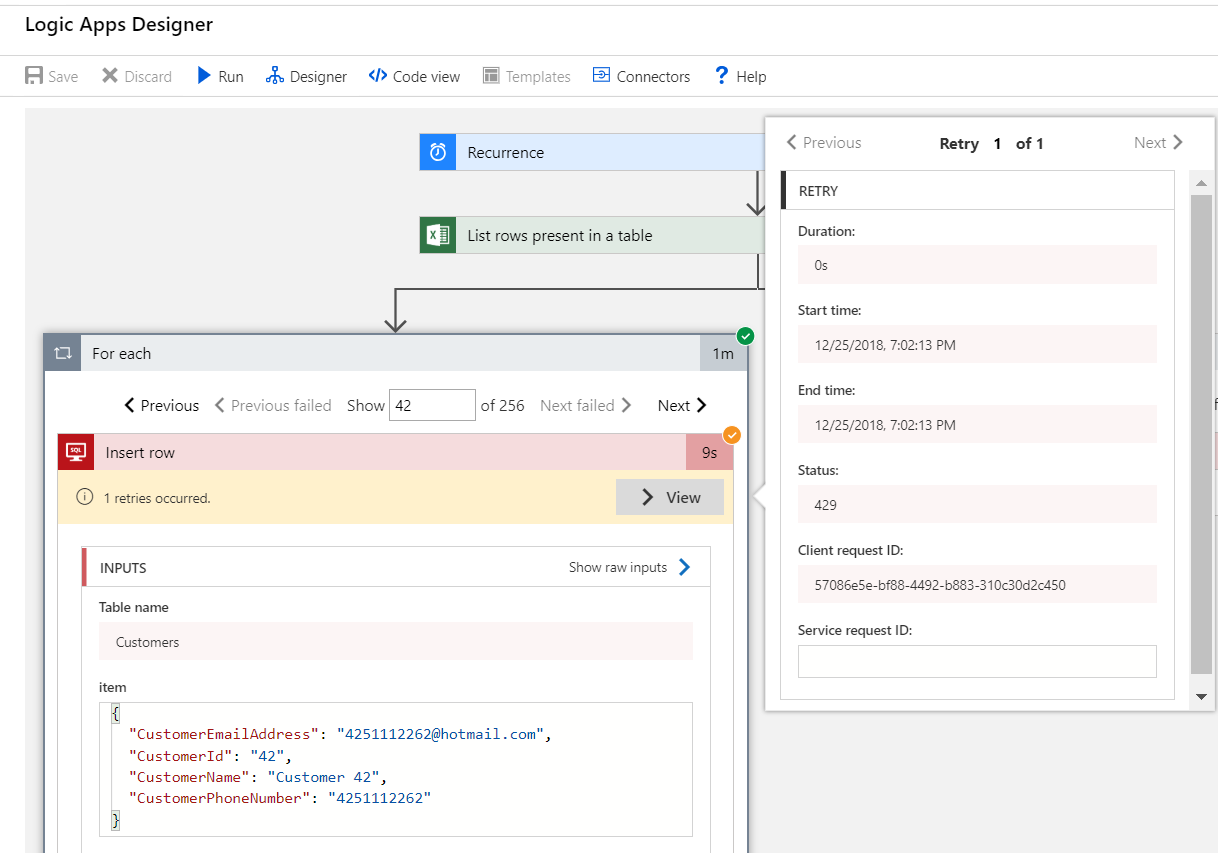 To avoid rate limiting, we can create multiple connections and then parallelize our processing.

Within each branch, we will use a separate connection. As a result, we will reduce our chances of hitting a connector-imposed rate limit as we now have twice the entitlement. 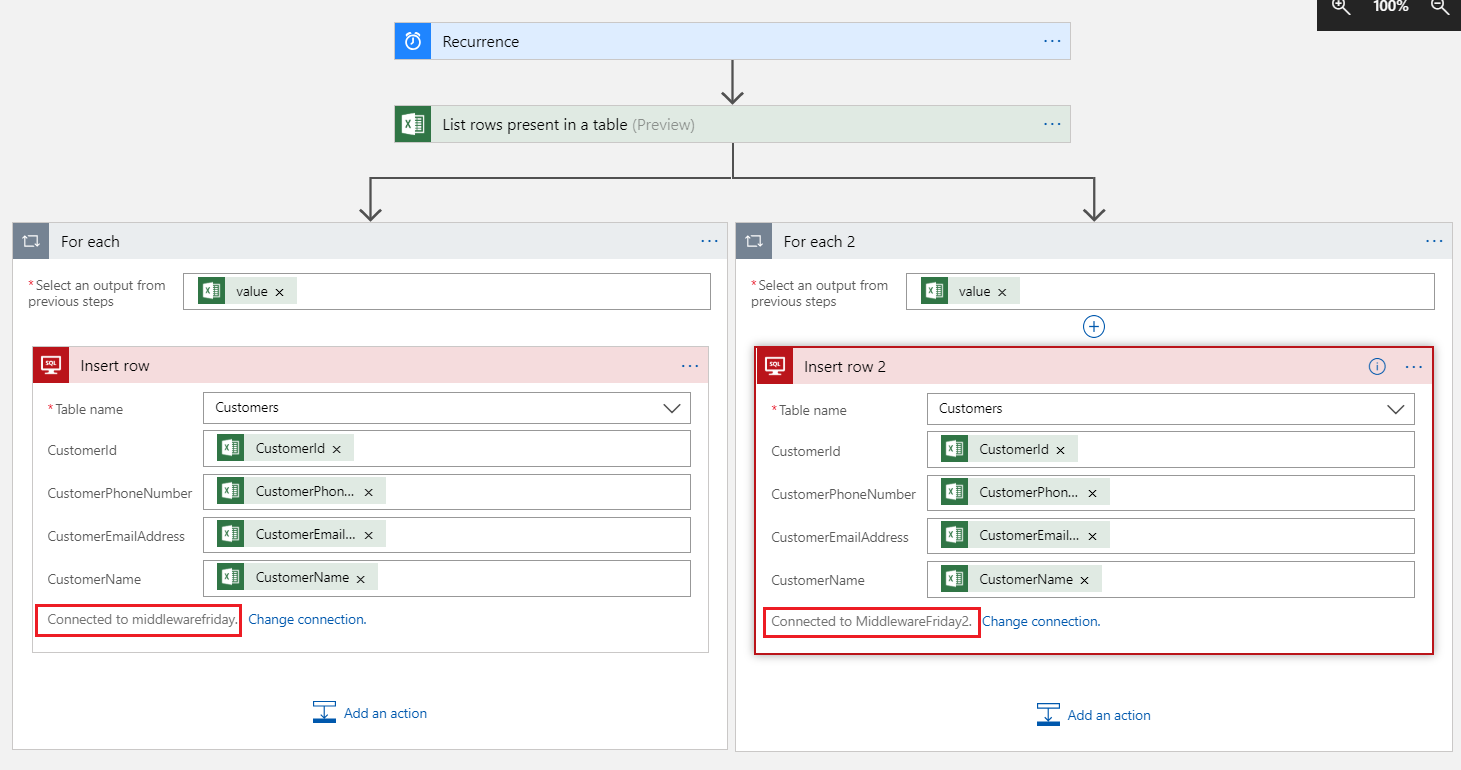