Azure Logic Apps allows for greater productivity for developers. One of these productivity features is the ability to manage versions effectively. What this means is, as a developer, you can quickly publish changes with each save action you perform. When you do this, Azure is tracking a list of versions automatically for you. As a result, there is no need to perform ‘save as’ actions or export your logic to a separate data store in case you ever need to roll-back.

Within the Azure Portal, when a logic app is selected, a Versions link appears on the left navigation. Once clicked, a list of logic app versions appear. 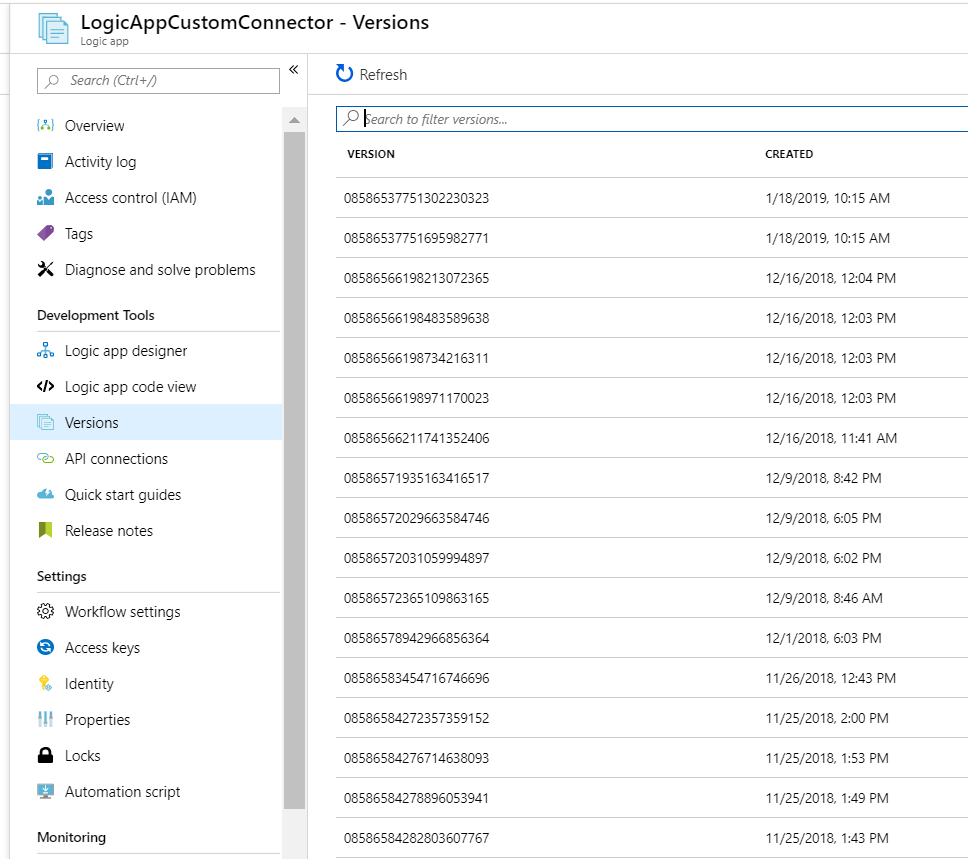 When a version is opened, a designer-like experience will load and we can view the logic app. In this scenario, we have the top row selected, which represents the current logic app version that is being used. For demonstration purposes, I have updated the label on our HTTP Response action to include the label of My Update 2.

If we head back to our list of versions and load the second logic app version, we will see that version being displayed. We will notice our HTTP Response includes the label of My Update. In addition, we also have access to another button called Promote. When we click this button, we can take this version and make it the ‘live’ version, by clicking Save. This will now be the version that will run when the next request is made.

If we now go into the Logic Apps designer for our logic app, we will see that our previous version is now our current version as indicated by our HTTP Response action label of My Update.

In this post, we discussed Azure Logic Apps’ out-of-box versioning capability. It can be a great time-saver if we want the ability to quickly roll back a change without having to manage it by ourselves. This provides a lot of agility and overall makes Logic Apps developers much more productive than traditional approaches of managing versions.